I have stolen a reactionary, proto-libertarian phrase out of context and détourned it. William H. Sumner argued against the very kinds of democratic and collective-based social reform movements that led to the creation of public housing, calling the efforts “absurd”. But the poetic language and ambiguity of the phrase lends itself to instead describe the activity that takes place inside the gallery, art-making itself. Bracketing the Regina Rex gallery – itself an artist-run collective – it describes art as an “absurd” effort to fashion and refashion the world. Placing the phrase here – across from a fifty-year old housing project named after the father of public housing, Fiorello Laguardia, celebrates Sumner’s defeat and the triumph of social reform movements. It also acknowledges the contentiousness of the site and the very idea of social reform today. 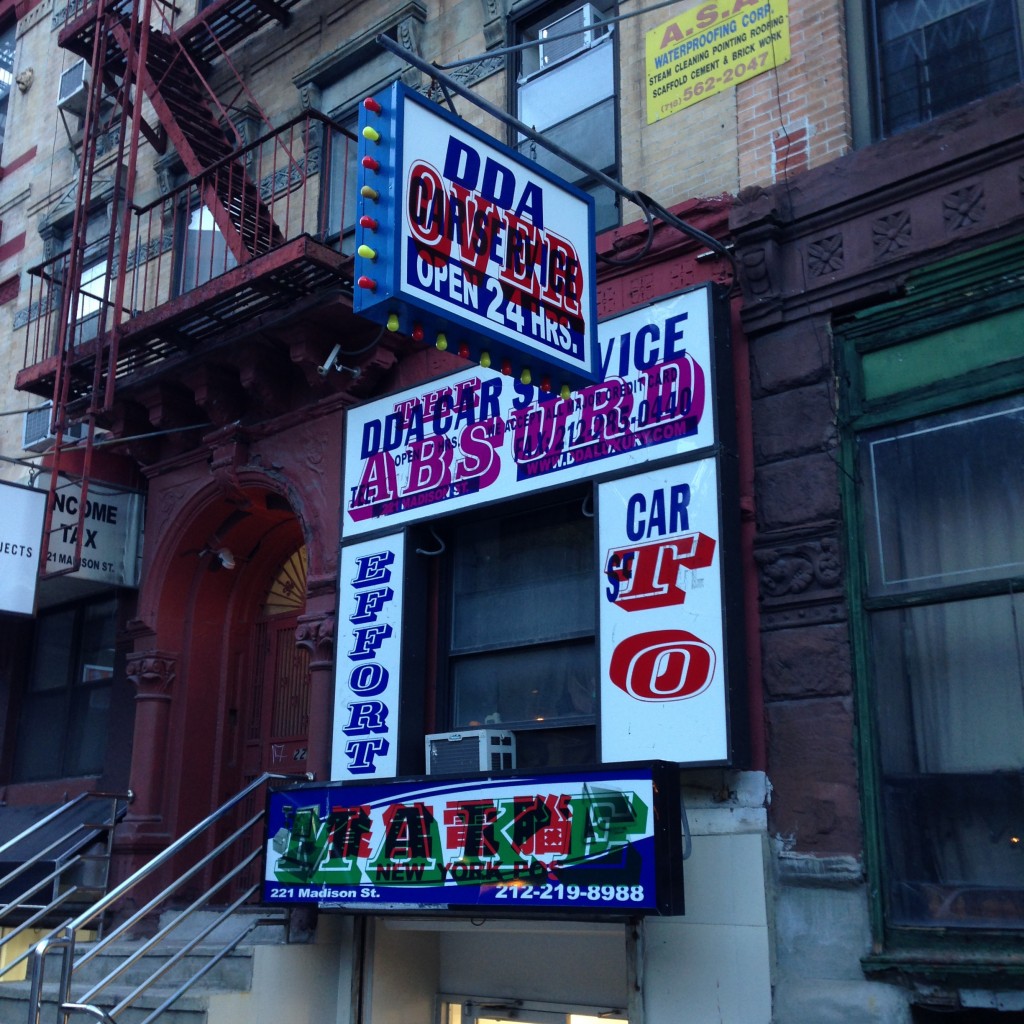 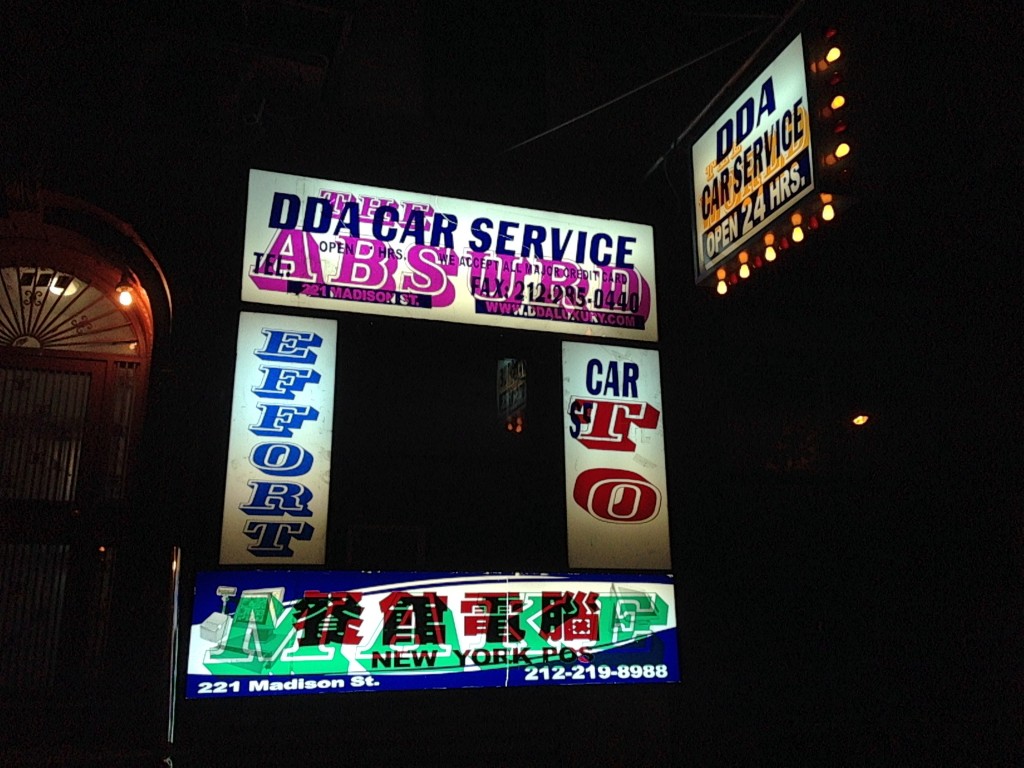