One hundred forty-four comments. Inspired by an article in the Atlanta Journal-Constitution about two symbols of the Confederacy, weeks about South Carolina’s shootings, online readers posted one hundred forty-four comments. The article, “The city of Atlanta ends a 40-year dispute over Confederate symbolism”, by Jim Galloway, covered the move of the Cyclorama from Grant Park to Buckhead and the opinions regarding Stone Mountain Park. People argued about meaning, history, the Civil War, and ISIS. They argued with each other. I transformed the discursive into the physical by categorizing each of these comments, layering the tendrils of conversation and tangents onto one another into a palimpsest. This piece was commissioned by Katie Geha, and is installed at the Lamar Dodd School of Art, at the University of Georgia. 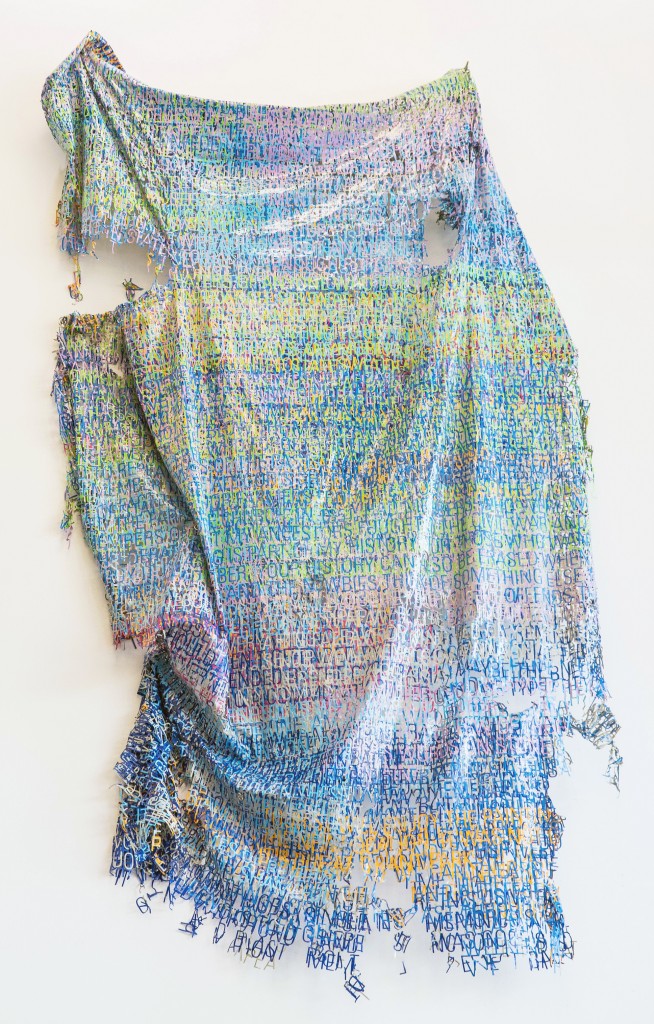 I broke the comments down into eight groups and color coded them as follows:

GREY – internal conversation, offering information, asking a question, or about something else
ORANGE – supportive of move,
HOT PINK – critical of move,
LIGHT BLUE – about civil war or the Confederacy, (A)
DARK BLUE – concerned with revisionist history, political correctness, referred Santayana (‘those who do not know history…’. ), or referred to race-baiting (B)
MEDIUM BLUE – Both (A) and (B)
LIME – referred to the NAACP, claimed reverse-racism, or were out-and-out racist or offensive
LAVENDER – made reference to ISIS/Nazis
All photos, Ally Burnett.