I propose to exhibit every object mentioned in a day’s newspaper. The result: a three-dimensional portrait of the news, a sculptural tone-poem, and a museum of a day in the world. As an object, few things refer to as many different places as a newspaper. Australia on one page, Darfur on another. But no reality is contained within a newspaper. Reality is without – pointed to, referred to, pictured, described, and far from the paper. By making the discrete objects referred to in the paper present I would shorten the distance between a viewer/reader and the world. 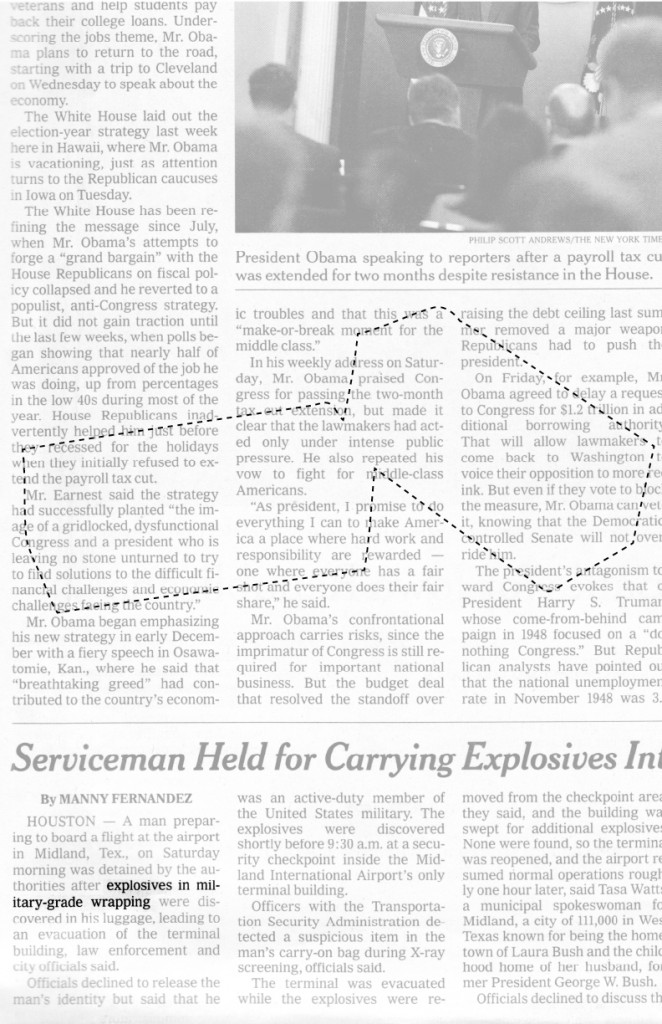 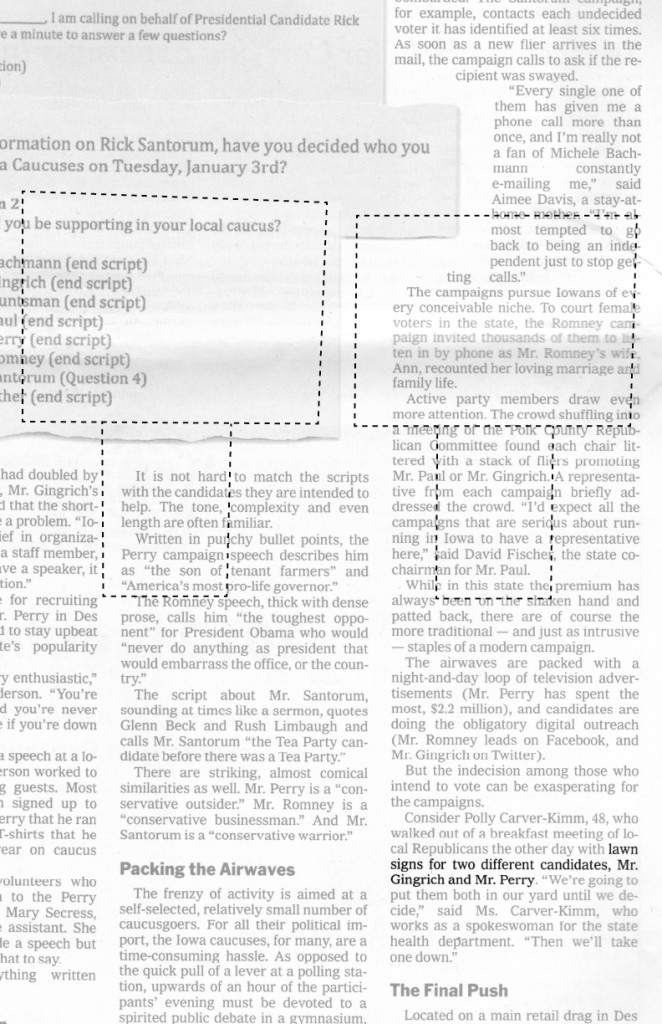